Since 1975 an impressive oil painting has taken centre stage in the boardroom of J & E Sedgwick, previously purchased from a Tannery in Birmingham called Muskets. The serene landscape of oak bark collecting in Cannock Chase has been a strong focal point of how proud the company is to be situated in the West Midlands.

At the end of 2016, a decision was made that the offices were in need of reorganisation during 2017. The changes will allow several employees to share their working space in what was the old boardroom and their existing offices will be transformed into ‘hot spot’ meeting rooms to accommodate the ever-evolving company.

Due to the reshuffle of office, this now means that the painting will not fit into the space it once sat and will need a new owner.

‘The Woodlanders’, painted by David Bates in 1897 is an incredible piece of artwork measuring 102cm high by 149cm wide, recently restored by Jane Mockett from Jane Maguire Fine Art Conservation in Shrewsbury. Thanks to Jane the oil painting is now, somewhat, back to its former glory showing its previous undecipherable beauty.

As you can imagine, being held behind the glass frame for the past 40 years took its toll on artwork. Removal and replacement of old dirty varnish and attention to the lifting/cupping of the paint proves to be a common thing with a painting of this age.

Artist Biography – David Bates (1840-1921) was born in Cambridge and worked as a porcelain painter at the Royal Worcester porcelain works where he came to specialise in painting flowers. His famous ‘open-air’ rural landscapes were mostly inspired by the picturesque UK countryside. Paintings in the Midlands, Lake District, Scotland and Wales noticeably indicates great passion and love for the country he grew up in.

His artwork is on display in Liverpool Museum, Worcester Museum and other art galleries. 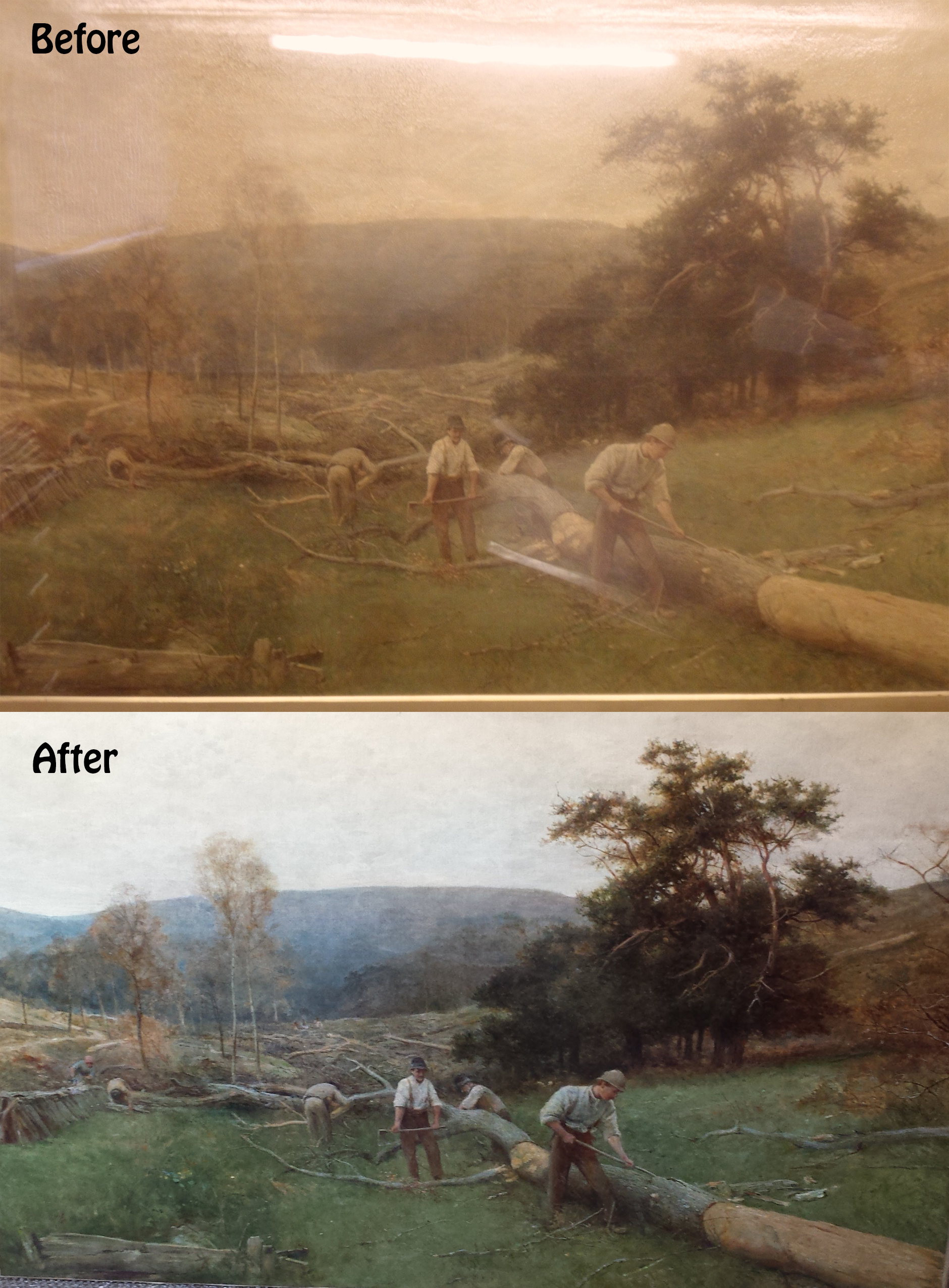 Last week Sedgwick & Co saw the arrival of a CM RAL/P240 combined Samming and Setting Machine, manufactured in Italy, supplied by Beamhouse Engineering. This much needed investment is crucial for the production of our hides as it is responsible for removing surplus water, remove growth and increase yield. With the old machine on its […]

Why Provenance, Process and Quality Speaks Internationally. Over the years, Sedgwick leather has built up a reputation for producing the best heavy leather in the equestrian industry. Our reputation has allowed us to forge relationships with saddle, bridle and harness manufactures across continents including Europe, Asia, Australia and North America and demand for the leather […]

READ MORE HERE
We use cookies to ensure that we give you the best experience on our website. If you continue to use this site we will assume that you are happy with it.Ok